Christmas time is almost here, and what do you never see me during the holiday season without? A drink in my hand! With the stress and hard times that come with Christmas, gift giving, making holiday dinners and yet somehow still dealing with work and everything outside of it in your home life – you better believe that I’m going to need a nice strong drink to get me through alot of the holiday season this year.

I’ve curated a list of my favorite cocktails that I’ve actually made and tested out for you guys to try at home. Alot of them are super easy because I’m a drink minimalist (give me straight whiskey and I’m fabulous) but some have just the right touches like apples and cranberries to get you in the holiday spirit. (Most of these I’ve come across on Delish or other websites. Photos are not my own.)

This one is a personal favorite because it has fruit in it and it’s so simple yet so tasty to enjoy more and more of Christmas morning. 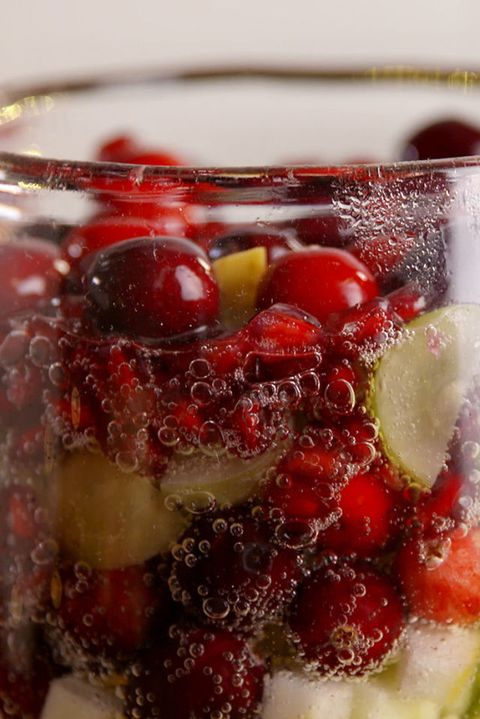 In a large pitcher, combine apples, cranberries, grapes, and pomegranate seeds. Pour over sparkling grape juice and champagne and stir, then serve. 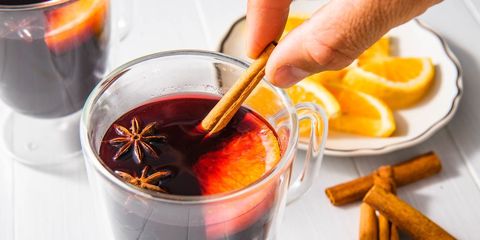 In a medium saucepan over medium heat, combine all ingredients. Bring to a simmer not a boil, then reduce heat to medium-low. Simmer gently over low heat for 10 minutes. Serve warm and garnish with more citrus slices and cinnamon sticks. 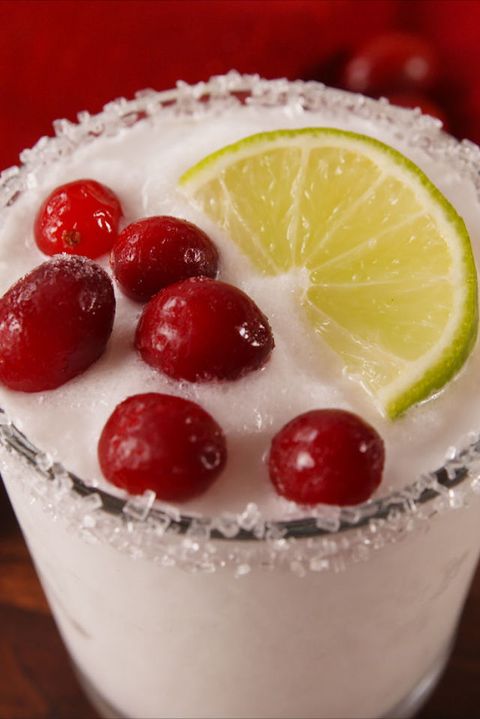 Rim glasses with lime wedge and dip in sanding sugar. Pour into glass and garnish with lime and cranberries. 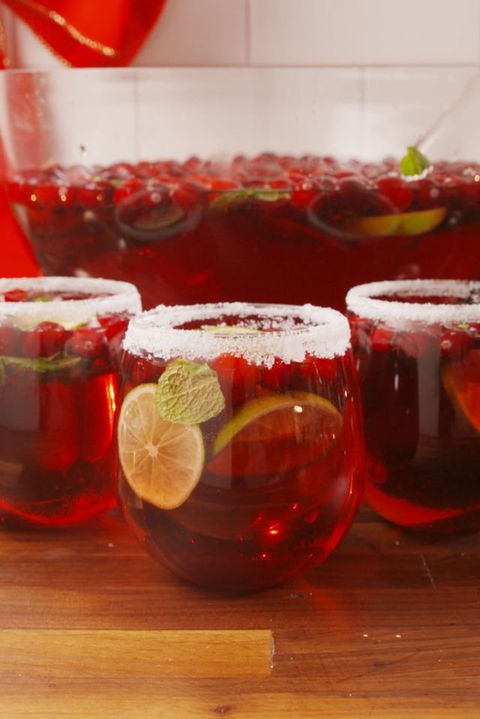 Using a wedge of lime, wet the rim of your glasses. Dip in sugar until coated.

Combine all ingredients in a punch bowl, stir together and serve.

This one is another personal favorite because I love apple cider and I love whiskey of any kind. It’s kind of my preferred alcohol of choice whenever I want some. 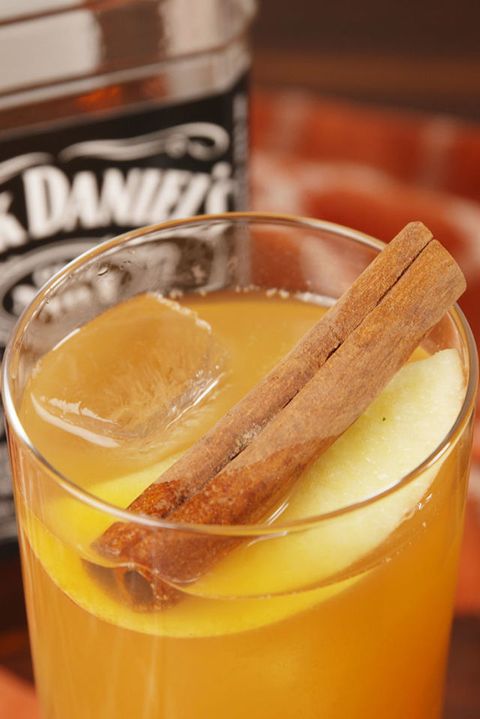 Combine all ingredients in glass and stir to combine.

This is for all of you shot lovers out there who aren’t ready to give up the college vibe yet, or just want something small to get you by during a christmas party. 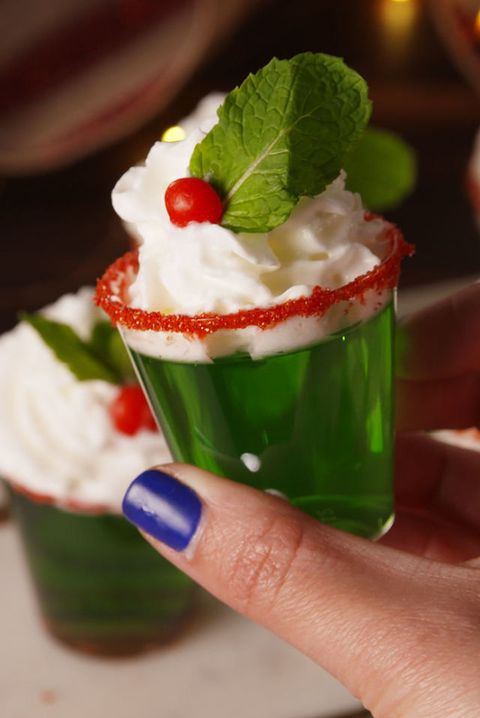 Bring water to a boil in a medium saucepan. Once bubbling, stir in packet of lime Jell-o mix, stirring until completely dissolved. Turn off heat. Pour in vodka or tequila (or whatever your preferred alcohol is), mixing until thoroughly combined. Pour into a large measuring cup, small pitcher or another glass so it’s easier to pour into the shot glasses. Pour the lime Jell-o mixture into each of the shot glasses. Place the shot glasses into the refrigerator until the Jell-o sets, about 2 hours.

This final one is a bit longer… but it’s so worth it for all of you gingerbread lovers out there!

Combine heavy cream, ginger, vanilla, cloves, allspice, cinnamon, nutmeg, and 2 cups milk in a medium saucepan. Cook over medium heat until tiny bubbles begin to appear around the edge of the pot (do not let boil), 2 to 3 minutes. Remove from heat and let steep 30 minutes.

Meanwhile, beat egg yolks with an electric mixer on medium speed until combined. Gradually beat in sugar and salt. Increase mixer speed to high and beat until thick and very pale in color, 2 to 3 minutes.

Place the pot over a large bowl filled with ice water and let cool, stirring occasionally, until chilled, 20 to 30 minutes. Stir in rum, cognac, or bourbon and remaining 2 cups milk.

Just before serving, beat egg whites with an electric mixer on medium-high speed until soft peaks form, 1 to 2 minutes; fold into eggnog. Serve topped with nutmeg.

Send Me Something Nice: Cancel reply

This site uses Akismet to reduce spam. Learn how your comment data is processed.

Artist, Marketing Professional, Social Media Content Strategist and curator of this blog. Recently married, my husband and I are back living in Pennsylvania, USA. I'm excited for the new things that await us back in the place we’ve known and loved. ♥

Koral Dawn is a Social Media and Marketing Strategist who’s worked with both agency and corporate companies such as the Department of Defense, Campbell’s Soup Company, Greenwald Berk Agency LLC, Verizon Wireless, General Electric and Maximus Federal. She has detailed experience in content creation for Facebook, Twitter, LinkedIn and Instagram including editorial calendar management and client interaction. She also has 8 years administrative/data entry experience, as well as 5 years sales experience/communication interaction with clientele. She has managed creative design for graphics, as well as working with multiple groups and organizations to meet approval needs and tight deadlines across contracts. She has both tactical and strategic digital experience – creating digital marketing plans, managing project timelines, and utilizing hands on tools.

All writings, designs and photography are my own, unless otherwise stated in each post.

When life gets rough, snuggle your best friend. 🐈❤️⁠
It's things like this that make me smile endlessly. Friends are forever family, no matter what part of the world they are in and how far they may be from you. I'm so grateful to have supportive and amazing friends like @chlodoeslife who still likes to send snail mail all the way from Belgium to the USA. 💜 ⁠
Looking at this photo alone makes me happy cry.
𝗠𝗮𝗿𝗰𝗵 𝘄𝗮𝘀 𝘁𝗵𝗲 𝗯𝗲𝘀𝘁 𝗺𝗼𝘁𝗵 𝘆𝗲𝘁.
𝖧𝖾𝗋𝖾 𝗂𝗌 𝗆𝗒 𝖿𝖺𝖼𝖾 𝖿𝗈𝗋 𝖺𝗅𝗅 𝗈𝖿 𝗒𝗈𝗎 𝗐𝗁𝗈 𝖿𝗈𝗋𝗀𝗈𝗍. 𝖶𝗁𝖺𝗍 𝗁𝖺𝗌 𝖾𝗏𝖾𝗋𝗒𝗈𝗇𝖾 𝖻𝖾𝖾𝗇 𝗎𝗉 𝗍𝗈?❤️
❌ᴘʟᴇᴀsᴇ ᴅᴏ ɴᴏᴛ ᴅɪsᴛᴜʀʙ❌
“Our key to 𝗴𝗿𝗲𝗮𝘁𝗻𝗲𝘀𝘀 lies not in our ability to project ourselves to others as if we are putting ourselves onto a projector and creating an image of ourselves on a projector screen. Rather, our key to greatness lies in who we are which we can give to other people in a way that when they walk away from us, they are able to say in their hearts that they have taken away something with them quite 𝙚𝙭𝙩𝙧𝙖𝙤𝙧𝙙𝙞𝙣𝙖𝙧𝙮.”
Although it was only six o'clock, the 𝗻𝗶𝗴𝗵𝘁 was already 𝗱𝗮𝗿𝗸. ❄️
“You may have heard that "𝙬𝙚 𝙖𝙧𝙚 𝙢𝙖𝙙𝙚 𝙤𝙛 𝙨𝙩𝙖𝙧𝙙𝙪𝙨𝙩" (or "star stuff" if you're Sagan), and this is absolutely true if we measure by mass.
𝗜 𝗣𝗥𝗘𝗦𝗘𝗡𝗧 𝗧𝗢 𝗬𝗢𝗨 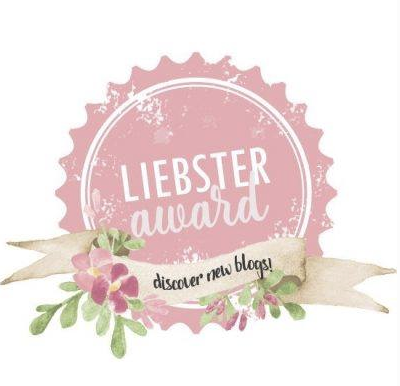